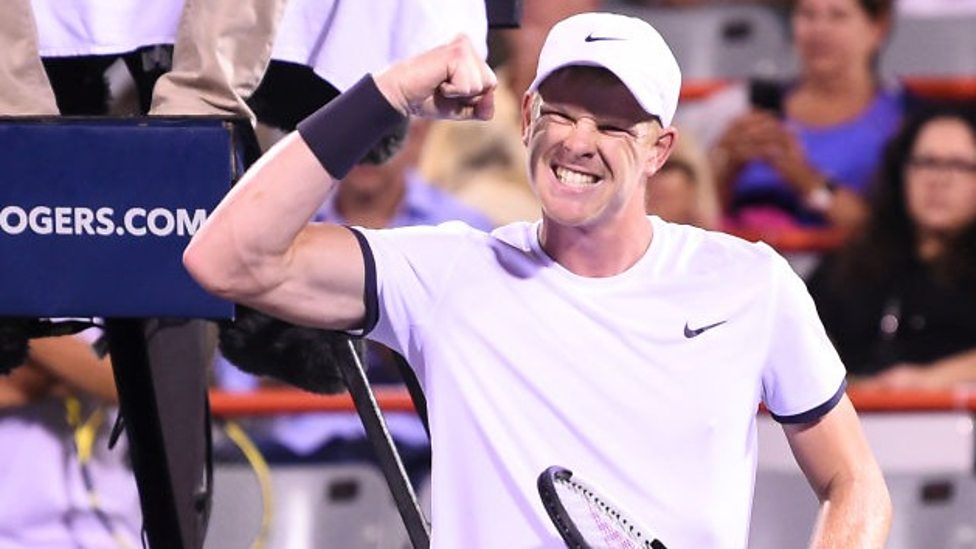 British number one Kyle Edmund beat Australian Nick Kyrgios in straight sets to reach the second round of the Rogers Cup in Montreal.

Edmund, 24, beat Kyrgios - who won the Washington title on Sunday - 6-3 6-4 and will play Russian eighth seed Daniil Medvedev in the next round.

Elsewhere, Dan Evans will play Rafael Nadal in the second round.

It will be the first meeting between Evans and Spain's 18-time Grand Slam champion at tour level after the Briton beat Australian Alex de Minaur 6-4 7-6 (8-6).

Nadal, who is the top seed and defending champion at the ATP 1,000 event, received a first-round bye in his first tournament since losing to Roger Federer in the Wimbledon semi-finals in July.

Edmund never faced a break point against Kyrgios in a rain-affected match, staying calm as the world number 27 argued with the chair umpire for much of the first set about the towels provided courtside.

Kyrgios wanted a white towel as opposed to tournament-branded ones, and after being handed a code violation for an obscenity, was delivered a white towel 20 minutes later.

He was broken midway through the first set, before world number 33 Edmund served out the opener to love.

In the second set, Kyrgios twice saved break point before Edmund finally broke his serve to love to go 5-4 up, going on to seal the win on his second match point with his 15th ace.

Zverev, who won the title in Montreal two years ago, won 7-6 (7-4) 6-4 to set up a third-round clash with Georgia's 13th seed Nikoloz Basilashvili.

By Jake Clinck from Montreal, Quebec