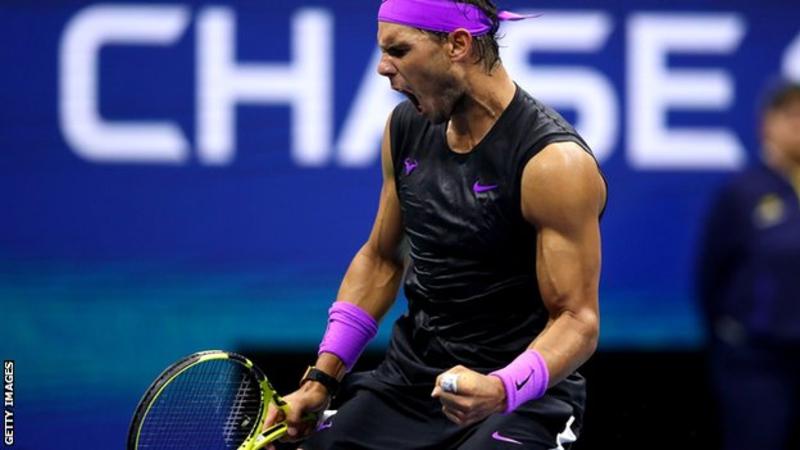 "For some moments in the second set I felt there were too many points in his hands, he was pushing me back, more aggression than me and he hit every ball very strong," said Nadal.

"After that second set I thought something needs to change or I would be in his hands. I started to return the second serve inside the court and that created a different perspective."

Nadal is aiming to close the gap to 20-time major winner Federer with his fourth title at Flushing Meadows.

The illustrious pair remain on course to meet in Sunday's final which, remarkably, would be the first meeting in New York of their enduring rivalry.

First Nadal must see off Schwartzman, who reached the last eight for the second time by beating German sixth seed Alexander Zverev.

Federer, 38, plays his quarter-final against Bulgaria's Grigor Dimitrov at about 02:00 BST on Wednesday.

By Terrence Block from Miami, FL

British number one Johanna Konta missed out on the US Open semi-finals after she was worn down by Ukrainian fifth seed Elina Svitolina.